We collect specific data from you directly, such as personal information you give us when you complete a form and data about your participation and activity on the platform. If you want to know more, you can read our Privacy Policy here.

Dr. Terrance Michael Drew was selected as the St. Kitts-Nevis Labour Party candidate for St. Christopher #8 which includes his home parish St. Peter’s. He was educated at the Deane- Glassford Primary School and went on to Basseterre Junior High and Basseterre Senior High schools before graduating from the Clarence Fitzroy Bryant College in 1996.

At 19, Dr. Drew was a part time teacher at the Basseterre High School where he taught Physics and Mathematics. In 1998, he went to Cuba to study Medicine where he graduated with first class Honors from Institute Superior De Ciencas Medicas in Santa Clara, Cuba. Dr. Drew returned to St Kitts and worked as a general practitioner at the Joseph N. France General Hospital and also from his private office. 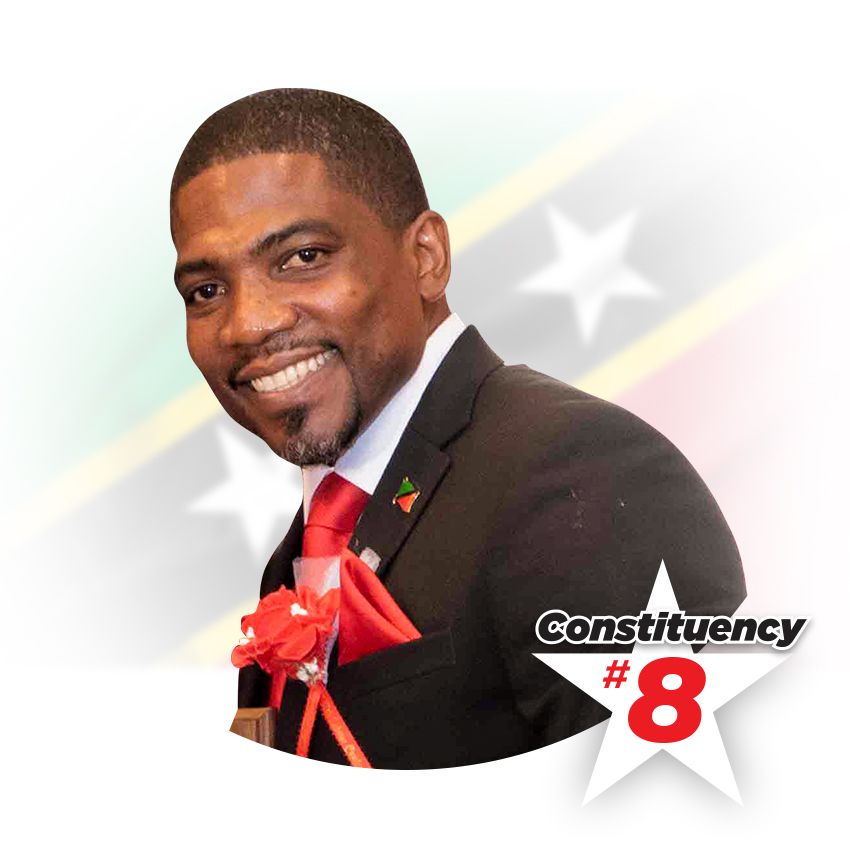 In 2010, Dr. Drew went to the US to study Internal Medicine at the Paul Foster School of Medicine and graduated in June 2013 as a member of the American College of Medicine and American Medical Association. From 2005 to 2006, Dr. Drew served as a medical intern at the Joseph N. France General Hospital and completed rotations in Internal Medicine, General surgery, Pediatrics, Obstetrics and Gynecology, Emergency Care and Community Medicine. He also worked as a House Officer from 2006 to 2007 and from 2007 to 2010 Dr. Drew was employed with the Ministry of Health as a District Medical Officer.

Dr Drew actively participates in the community sports area helping young people in football and basketball keep active and healthily. Dr Drew’s transition into politics is a natural extension of his commitment to service and the well-being of the people of Constituency #8. With a clear vision of advancement and enhancement, Dr Drew will continue to seek new opportunities for the development of the people of his constituency and the Federation as a whole.

The motto of the St Kitts-Nevis Labour Party “For The Good That We Can Do” is at the core of his political aspirations.

Awarded medal of honor by Youth Parliament for contribution to youth development.

Working hard in the community to improve the lives of the people and beautifying the surroundings.

Providing excellent medical care and advice to people from all walks of life.

Delivering a medical outreach program to the elderly and shut ins.

Working out, watching sports, caring for others and reading.